It’s the summer break for the 2018 Formula 1 season,as the drivers jet off on their summer holidays to destinations sure to be luxurious, I’m back at home where it’s currently raining (thank goodness right?!) and taking a look back over since the season started and how my Cook the F1 Challenge is going.

The season started on 25 March and has taken a break for the summer season for the drivers to recuperate and decide on future contracts – Is Daniel Riciardo going to stay at Red Bull, is he off to pastures new?

What will be of Force India since its administration announcement? Anyway, less of the F1 chat and lets get down to the food chat!

I started my challenge with the Chinese Grand Prix (which was the 3rd race having decided to start my challenge after Australia and Bahrain had already happened) and have just joined the drivers on a mid season break, with the Hungarian Grand Prix which was yesterday (Sunday 29 July).

Of the 10 races since my challenge start, I have successfully cooked 8 meals and missed two.

There has been one Lewis Hamilton style diva meltdown, I blamed everything but myself, the potatoes weren’t right, the oven wasn’t hot enough, the recipe was wrong (F1 fans does this sound familiar?) after nearly giving up on the entire thing, I pulled myself together and came back out in front with a win (yes – this is commentator chat!).

I considered sharing each recipe, but have instead decided that I’ll share my top 3 at the end of the challenge. I’ll also cook the ones I’ve missed!

For now, I’m going to share a rundown of the meals we’ve had – what’s been the best, what caused the Hammertime meltdown and which ones haven’t been quite so good!

CHINA
The race:
A win for Daniel Ricciardo in the Red Bull. He drank champagne from his boot, as tradition dictates – I did not drink champagne from a boot to accompany my meal, but drank water, from a glass, like a normal person…!

Verdict:
Incredibly tasty result from what took quite a lot of time. Would cook again!

AZERBAIJAN
The race:
Hamilton took home his first win of the new season.

Verdict:
This took an age to make and cost a fortune in ingredients – lamb, saffron – I shall say no more! However, it was quite tasty. Wouldn’t make it again in a hurry but would try the traditional version if ever in Baku!

SPAIN
The race:
Another win for Hamilton.

Verdict:
We missed this one – A busy weekend celebrating my mum’s birthday, meant I didn’t have time to get the ingredients needed for this challenge.

MONACO
The race:
Probably the most famous of races, taking the racers through the streets of Monaco. Celebrities a plenty at this race, most of which have never watched a single race in their life – but hey, it’s cool to be seen at Monaco Grand Prix.

A difficult and short track, a win and more boot flavoured champagne for Daniel Ricciardo in the Red Bull.

Verdict:
This has been one of the more difficult ones to find a national dish for. So, we decided on a French classic. Fairly simple, this cooked in the slow cooker all day. It seemed a bit out of place on a hot day! Definitely a winter warmer and would probably have again just as it was so simple to make.

CANADA
The race:
Sebastian Vettel finds his form and brings home the win for Ferrari.

Verdict:
Yeah OK, I’ve made pancakes a million times for breakfast, but it seemed a logical choice for Canada’s race. I splashed out on some Canadian Maple Syrup from Waitrose to make this one that little bit special!

Verdict:
Not really challenging myself much with this one, but there’s nothing more French than lots of garlic and cheese! I camenbert how good this was (like what I did there?!) Would most definitely have this again. By the truckload.

Challenge meal:
We missed this one – I can’t even remember why now! I don’t even recall planning anything for it, it must’ve passed me by!

GREAT BRITAIN
The race:
The F1 British Grand Prix, our home race, Silverstone is packed out, the sun shone (for a change) but it was Sebastian Vettel, not homegrown Hamilton, that finished first at this race.

Verdict:
Lewis Hamilton’s strop resonated around the land, extending as far as my kitchen, where chipped potatoes that refused to cook in the manner to which I required, caused me to have an epic meltdown. The recipe said 30 minutes, 1 hour in my chips were still raw and hard. My oil was too hot and my batter was cooking in the bowl from the external heat from that weekend.

However, after pulling myself together I managed to plate up a pretty incredible dish. The cod was cooked just perfectly and my minted mushy peas were pretty damn good too – let’s not talk about the chunky chips which didn’t quite make it to my required standard, but tasted OK otherwise…!

GERMANY
The race:
No home win for German Sebastian Vettel, as he had in GB, Lewis took the win from the Championship leading Vettel.

Verdict:
The pork schnitzel was amazing – so simple to make and very delicious. The potato salad was…different. It didn’t quite look as the recipe dictated but I think that was a combination of neither the right potatoes nor the right German mustard (Tewkesbury Mustard is definitely not from Germany!).

Yes I’d cook the schnitzel again, probably not the potato salad though!

HUNGARY
The race:
From Budapest, Lewis Hamilton pipped Vettel to the finishing line putting him into the Championship lead for the summer break.

A fairly simple dish made up of 10 easy to obtain ingredients (OK Hungarian Paprika wasn’t so easy to get in Tesco in Tetbury but I had to make do!) – this was DELICIOUS and by far my favourite dish I’ve made so far. Will most definitely be having this again!

So, there we have it, a complete roundup of the dishes I’ve cooked so far.

It’s been a really fun challenge, somewhat of a food journey without leaving the UK. Some meals have been absolute hits, others not so much, but there have been no epic failures – so far!

I look forward to the season starting again on 26 August in Belgium – the obvious choice here seems to be chocolate right?

On that note, I’m yet to do a dessert style dish, the pancakes have been the sweetest so far.

During the summer break I might just try and catch up on those meals I missed – just so I don’t get out of touch!

Can you recommend any cuisines for the upcoming races – would love your suggestions in the comments below! 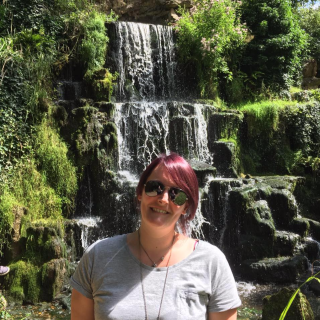 Life can be Toff

I'm Kim and I'm a lifestyle blogger living in the Cotswold countryside. I really enjoy days out in the area, staycations in the UK and am aiming to get aboard more too. I love baking and cooking with each of these featuring highly on the blog. Elsewhere I enjoy photography, reading, writing, enjoying the countryside and walking my two dogs.